﻿Intrigued by computers, Turing joined the N﻿ational Physical Laboratory in 1943. There, he championed the Automatic Computing Engine (ACE), a fully realized universal machine.
“The ACE is, in fact, analogous to the  ‘universal machine’ described in my paper on computable numbers [...] Without altering the design of the machine itself, it can, in theory at any rate, be used as a model of any other machine, by making it remember a suitable set of instructions.” –Turing [10] 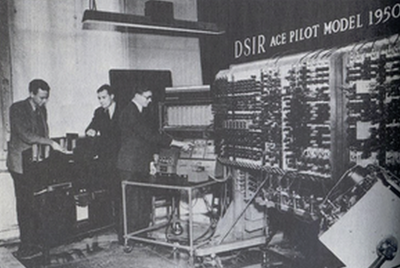 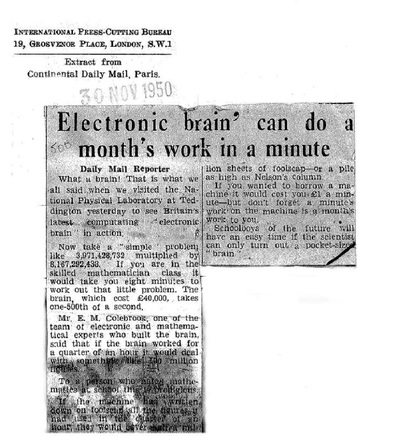 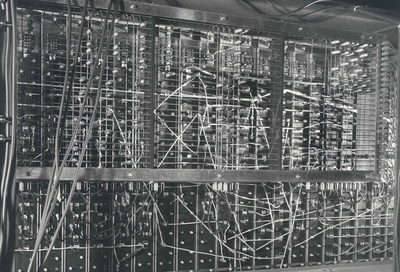 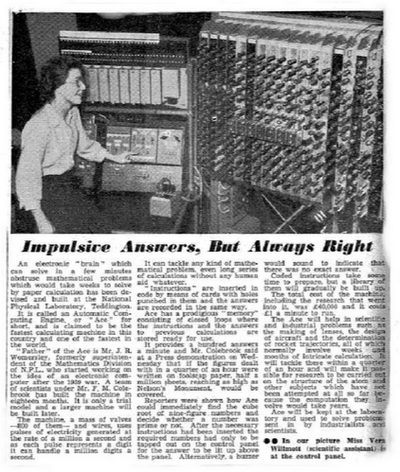 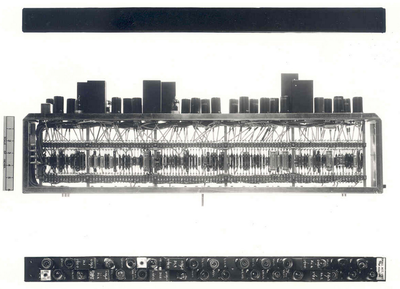 Though not technically intelligent machinery, the ACE placed emphasis on software rather than hardware; this programmability made it a stepping stone on Turing's road to technological leadership.
“There are indications [...]that it is possible to make the machine display intelligence at the risk of its making occasional serious mistakes.” –Turing [11] 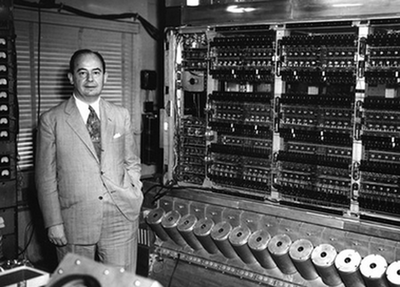 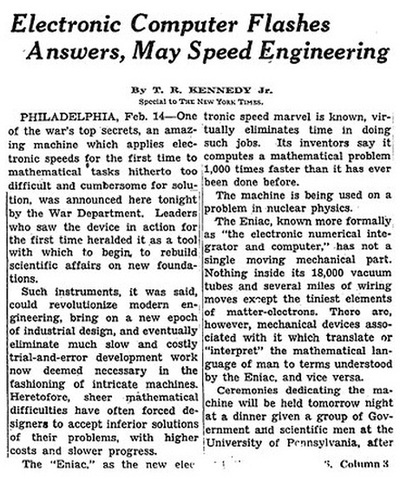 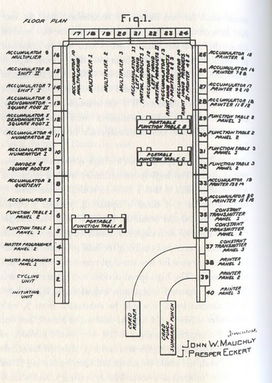 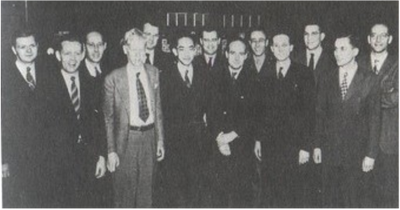 Turing's subsequent project, the scanner-operated Manchester Computer, was among the first to draw excitement and debate on intelligent machinery. In fact, Turing himself would soon write his first report on the subject. 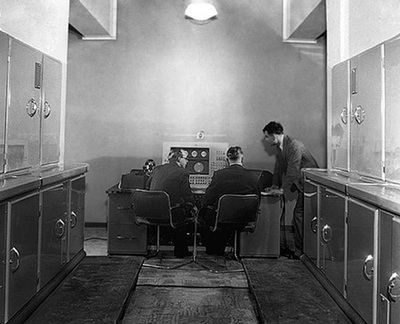 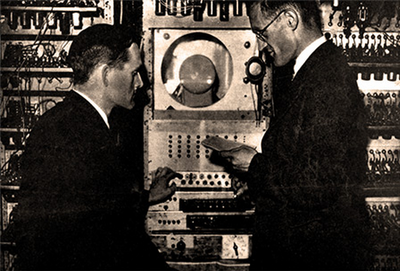 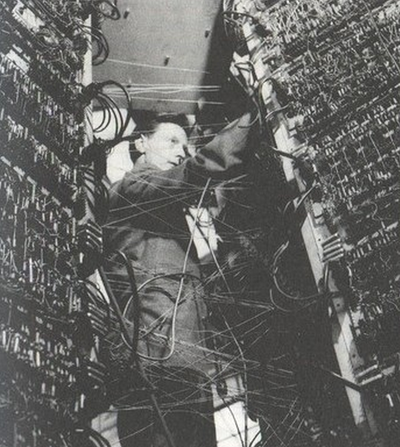 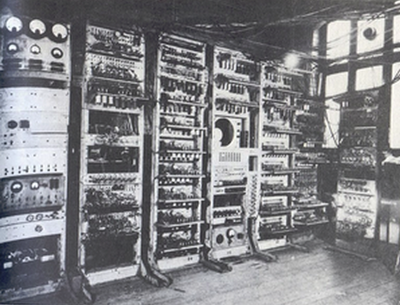